This year has been a remarkable year for Early Years, in which we’ve done so many useful things for our Mother Earth. We are small, yes, but we can make changes.

We started the Trash Walk this year. Walked around Banjar and the Campus to pick up some plastic trashes, was an incredible thing. We learned to separate the plastic and other trashes that can harm our Mother Earth from those that are useful for the continuity of the Earth.

When we got back to the Campus bringing those sacks filled with plastic trashes, we were satisfied that we had helped the Earth that day. And since then, we did that repeatedly every month or every other month.

This year is also the year when we appreciate the food on our lunch plates. When we have lunch, we take considerate amount of meal so there is not many leftover to be thrown away at Kompos. We appreciate the food and the staff that provide the food for us. We also do it for the Mother Earth.

The Kindergarten adopted Orangutan. We did not only adopted one but two Orangutans. They are Cory and Bayat. We adopted them from OFI (Orangutan Foundation International). For this adoption, we did fun run at school, which was really a fun run. At this time Cory and Bayat are in the conservatory in Pangkalan Bun, Central Kalimantan-Borneo. Even we haven’t seen them, but we are happy to be a part of the Orangutan conservation which their number are getting less and less every year.

As we once again entered the drought season, we knew that we must save the water while playing with them. Although the weather was so hot but the children knew that they can only play with water on certain days. We call it the Water Day. 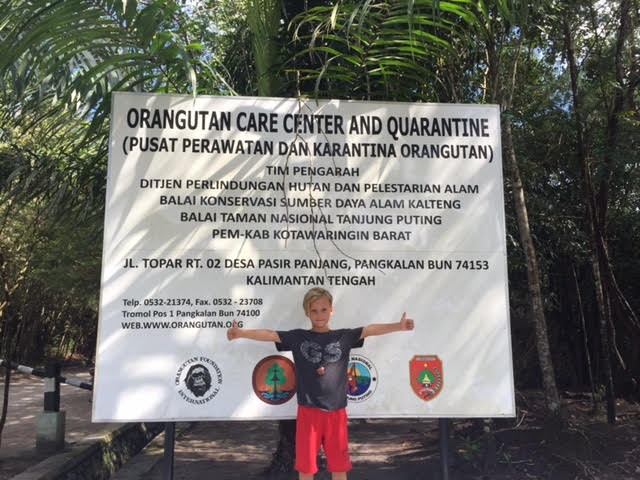 The kids started the Sampah Jujur programme this semester. They collected used plastic bottles, boxes and papers, to be given away to the Sampah Jujur in Sayan. They did it once. At Sampah Jujur, they saw how several trashes being separated according to their types and then sent them to Java island to be processed into useful goods. This project will be perfomed again next year.

And once again, even though we are small, but we can make changes to make the world sustainable.

Sunshine from the Subak

Hello everyone, I am sure you have heard about our grade 11 student Tarn Hutton who had an accident on Saturday night. Our whole community has rallied to offer prayers and mediation for his support. H